Skip to content
Marco Carducci: “You have to enjoy every single opportunity you get”

Marco Carducci:
“You have to enjoy every single opportunity you get”

Cavalry FC and Canadian Men’s National Team goalkeeper, Marco Carducci, had an honest conversation with Alberta Soccer on the shifting life of a professional soccer player. Find out more about the memories and challenges of this proud Albertan who dreams of reaching the highest levels of the sport.

Can you tell us a little bit about your beginnings with MSB United, MacKenzie FC, and Calgary Villains?

– I’m born and raised in Calgary, and I started kicking a soccer ball at the same I started walking. MSB United was my neighbourhood club in Calgary, and as I got older, I joined MacKenzie FC, to try and be more competitive. Then, I spent the entirety of my elite youth career with Calgary Villains, which is the club dear and near to my heart. Currently, as a side job, I’m helping them with their growth, working with the community. After my time with the Villains, I moved to Vancouver, where I started my professional career.

Were you always a goalkeeper?

– The story goes like this: my dad was a goalkeeper, and he loves to train goalies. He trained me massively and was a huge factor in my early soccer years. He told me that when I was young, I always gravitated toward the goal, I always wanted to be in goal. I was around 9-10 years old when I really committed to the position.

After you started your senior career with Vancouver Whitecaps, and your spell with Rio Grande Valley FC Toros, you turned down offers to continue your career in the United States and instead chose to come back home to play with Calgary Foothills. What made you make that decision?

– It was not an easy decision by any means. I was at a difficult time in my career, where I really didn’t know what was next. Looking back, my experience with RGVT didn’t go as planned, but that’s life, sometimes things don’t work out. I was in a position where I could pursue other USL clubs, which were good opportunities for sure, but I felt like I was at a time when I really needed to be playing. For a young goalkeeper, minutes are so important, and that was a big part of my decision. Knowing that joining the Foothills PDL team was an opportunity for me to be the #1, to play regularly, and to get games under my belt, was massive for my growth as a goalie. Beyond that, I was excited to go back home. Being able to settle back in and being around family and friends after a few rough months, was a big thing for me.

Also, the CPL rumours were starting to grow…

– I remember being in my apartment in Texas, scrolling through Twitter, trying to find out what was going on. At that moment in time, I was the CPL’s biggest fan, because I thought that if that was true, it was an opportunity built for someone like me. Eventually, I got in touch with Tommy Wheeldon Jr, my head coach at Cavalry FC, who told me as much as he could, and there were some exciting things on the way. Knowing that, I said to myself that it was time to go back home and be a part of this journey.

You have been stable at the Cavalry FC goal for 4 seasons so far. How does it feel to represent your hometown at a professional level?

– It feels incredible! I still get goosebumps every time the fans sing my name, especially these last few months. It’s an awesome feeling, to have my family, my friends, and my loved ones in the stands. One of the coolest things is just being involved in something like this. If you would asked me this 7 or 8 years ago, that there was going to be an opportunity to play professionally in Calgary, I would’ve looked at you like you were crazy, because at that time it really seemed that way. Today, being a part of all this growth, is really special. 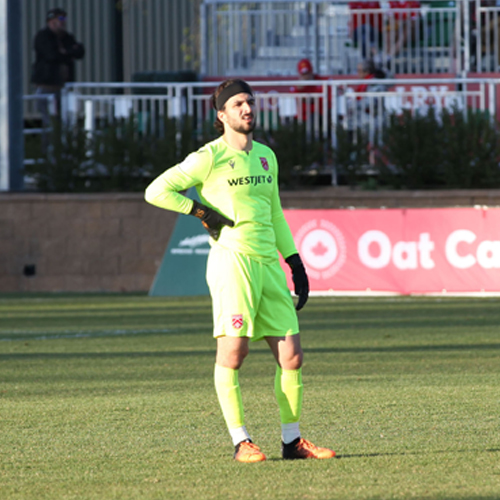 You were the first-ever CPL player to be called up to the Canadian Men’s National Team. What did that mean to you?

– That was a huge honour for me. It was something I felt really proud of; being a part of that environment was incredible. I felt I was going to be able to show everybody that there was so much quality in our league, and that it was exactly what we needed to continue the growth of the game in this country for both men and women. We need domestic leagues to promote and help develop our own players. Just being that person who got the call-up, with people saying ‘hey, this guy is playing in the CPL’, it was a very important moment. Since then, more CPL players have been called in, but being the first was a privilege. Hopefully, we can see more players get the call in camps to come. 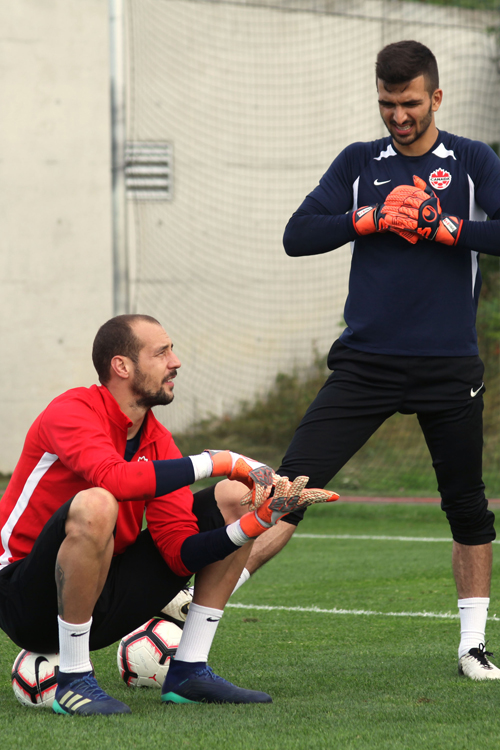 How did you feel when you received that first call up to the National Team? Who did you share it with first?

– My parents were the first people I told. I remember actually missing the first phone call, which was funny (laughs). All of a sudden you get a little nervous, thinking that if you miss that call, they were going to call another goalkeeper, but obviously that’s not how it works (laughs). I ended up seeing the notification from the GK coach with the Men’s National Team, and he said ‘hey, would love to chat, give me a call when you can’. At that moment in time, you don’t know what is happening, you think maybe they were just calling you to say ‘hey, we have been looking at you, you’ve been playing really well, keep it up’, but as soon as I got off the phone where he said ‘we want you to come in’, I called my mom and dad and let them know. They were just like me, couldn’t believe it at first.

How was that National Team experience? We can assume you enjoyed sharing training sessions with world-class players…

– It was fantastic. I have been very fortunate to be able to represent Canada at the youth level, which has always been an honour, but now you look across and you are training with Jonathan David or Alphonso Davies, who I played with in Vancouver. They are top-class players that you watch playing in the Champions League. From an individual perspective, it was an amazing opportunity. Even closer, looking at Milan Borjan and Maxime Crépeau – who I have shared camp with at the youth level -, I knew him from when we were both growing up. Just to learn from those guys, train with them, and be in that environment, was really big for my own development.

You are still very young for a goalkeeper. Where would you like to take your career?

– It’s hard to know how things will play out, as everything can change so quickly. First and foremost, I need to push myself to the highest level. That may sound like a general statement, but I want to continue to grow and develop. Being young means I still have time to reach my goals. If the next step is the MLS, I want to be a regular starter in the MLS. Then for me, at that point, my sight will shift to what will be next after that. I have said it before, I want to be a regular with the National Team. 2026 World Cup it’s gonna be incredible, and around that time I will be just turning 30, and as a goalkeeper, you are sort of entering your prime. At this moment in time, I’m just focusing on continuing to improve and we’ll see where it takes me.

You were open about the cancer that affected you earlier this year. What lesson did you learn from that experience?

– A lot of them, and I’m still learning lessons every single day. Obviously, I’m still navigating that big change and challenge that came unexpectedly. The biggest takeaway, among many things, is to enjoy every single opportunity you get. For me, in the context of soccer, it’s about how lucky I am to be playing this great sport, and being appreciative of everything I have around me. I’m so lucky to be loved by my family, my friends, and my partner, and to be able to have this opportunity to play for my hometown team. When you face someone telling you you have cancer, it’s a worry, and soccer becomes the least of your concerns. Fortunately, I’m healthy, I’m playing, and I’m able to do the thing I love to do. A short answer would be to enjoy the moment, make the most of it and take life one day at a time.

Piece of advice from a professional

What would you advise a young kid who wants to become a professional soccer player?

– There’s a lot that goes into it, for sure. It’s about enjoying the process because it’s difficult, there are ups and downs, and I believe even the players at the highest levels experience those. As a young player, you have to learn quickly that you have to ride the wave: when things are going well, not to get too far out of yourself, and when things are not going well, do not think it’s the end of the world. You have to keep that level-headed mentality. Nowadays there are so many opportunities, the pathway for development with CPL clubs, U Sports, and the MLS academies, will continue to give talented players the pathway to becoming professionals.

Now, more specifically, is there any advice you would give to young goalkeepers?

– We play in a position that is very unforgiving, and the margin of error is very thin. For young goalkeepers is important to be patient, and to know that you will need time to grow, develop and get the games you want. But I want to emphasize that there will be ups and downs and you have to be prepared to face them. It doesn’t matter if you concede a goal in the first minute, you have to be able to flip that switch quickly. We see the best in the world doing that all the time. 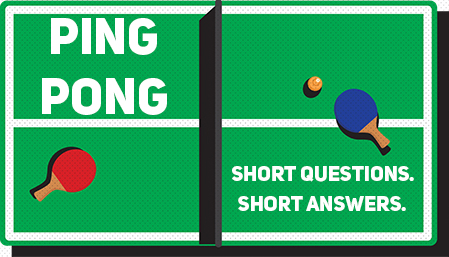 Your favourite player ever? – Gianluigi Buffon. He’s a legend.

Best teammate you have ever had? – There are so many, but if I had to name the best player I have played with, it would be Pedro Morales.

Best player you have played against? – Jermain Defoe. I played against him when I made my pro debut with the Whitecaps against Toronto FC in the Canadian Championship.

Which team do you dream to play for? – My club that I love and support, which is SS Lazio.

Marco’s favourite food? – I’m the least picky eater, I eat everything, but if I had to choose something… anything my nonna makes.

Marco’s favourite movie? – I’m not a huge movie guy… one of the ones I love and that I always go back to, are The Dark Knight series.

Marco’s favourite book? – I read a lot. If I had to pick one that I always enjoy going back to, it would be Man’s Search for Meaning by Victor Franco.

Do you follow any other sports? – I’m a big fan of Formula 1, I love tennis – even though I’m not good at it. Playoffs hockey and basketball are always fun to watch.

How do you think Canada will do at the World Cup? – We’re gonna win! (laughs). To be honest, I have faith we can get out of the group stage. It’s a tough group, but with the resilience that this team has shown, I believe we can get to the knockout stages.