Alberta Soccer supports and advocates Long Term Player Development as a model of player and coach development for all programming needs within grassroots soccer.

LTPD is a model of athlete development that puts the player before the game and parallels what doctors and psychologists have long used to better understand human development. Instead of categorizing players according to chronographic ages, it places them into developmental stages, which takes us from infancy through to adulthood. A person’s abilities, behaviours, and emotions, as well as their understanding of the world around them, varies from stage to stage.

Sport science experts have identified seven stages of development — each with its own physical and psychological characteristics —that form the basis for LTPD. When young soccer players are able to train and compete in an environment that’s appropriate to their stage of development, they not only perform at their best, they also have more fun.

In other words, LTPD is designed to give players an optimal soccer experience at every stage of development by putting their needs front and centre.

LTPD IS PLAYER-CENTERED: Respecting the developmental needs of players is the number-one priority. This means making sure recreational players have fun, and also that those with special talents are given opportunities for further development as they move along the Canada Soccer Pathway.

LTPD IS INCLUSIVE: A handful of players may follow the Canada Soccer Pathway’s EXCEL program all the way to a National Team or a professional club, but LTPD is also designed for the 99% who won’t. It’s about giving everyone, regardless of age or ability, the best possible soccer experience every step of the way.

LTPD RECOGNIZES COMPETITIVENESS COMES FROM WITHIN: The fact that there are no standings for players under 12 does not translate into a lack of competitive spirit. When children play in an environment where learning is put ahead of winning, they’re less afraid to make mistakes and more willing to take risks in order to try out the new skills they’ve learned during practice. They’re free to play their own best game without worrying they’ll be chastised for a poor match result, and so are more likely to show a competitive spirit to challenge their development.

What does soccer look like in your community? Canada Soccer has published recommended standards for the delivery of Grassroots Soccer programming, to enhance the sports experience for all who participate within the game. These standards advocate trained coaches, small-sided games and activities that reflect the needs of the player. Alberta Soccer supports the essence of placing the players needs before the game. The goal is to provide a SAFE, FUN and INCLUSIVE environment. 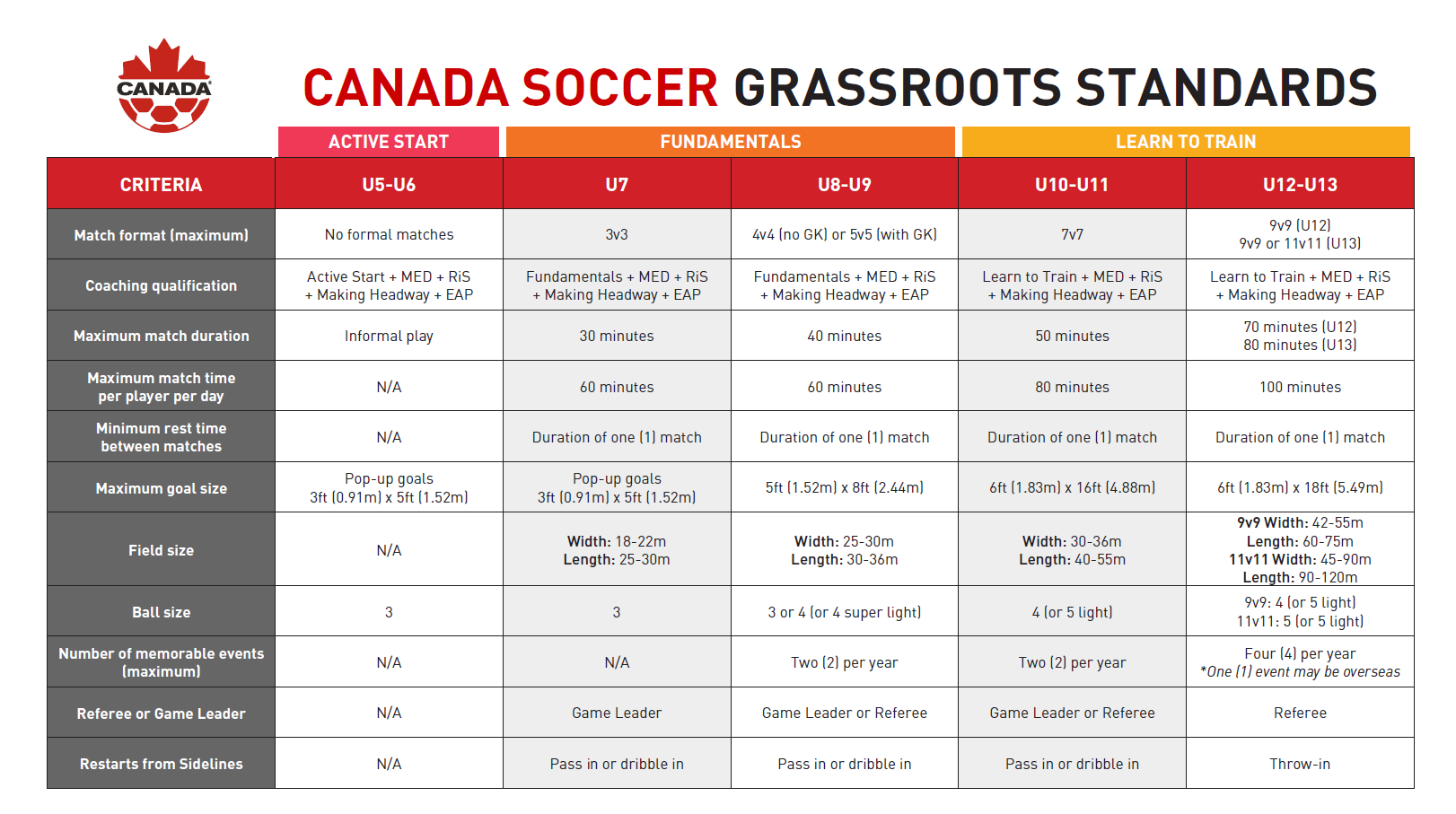 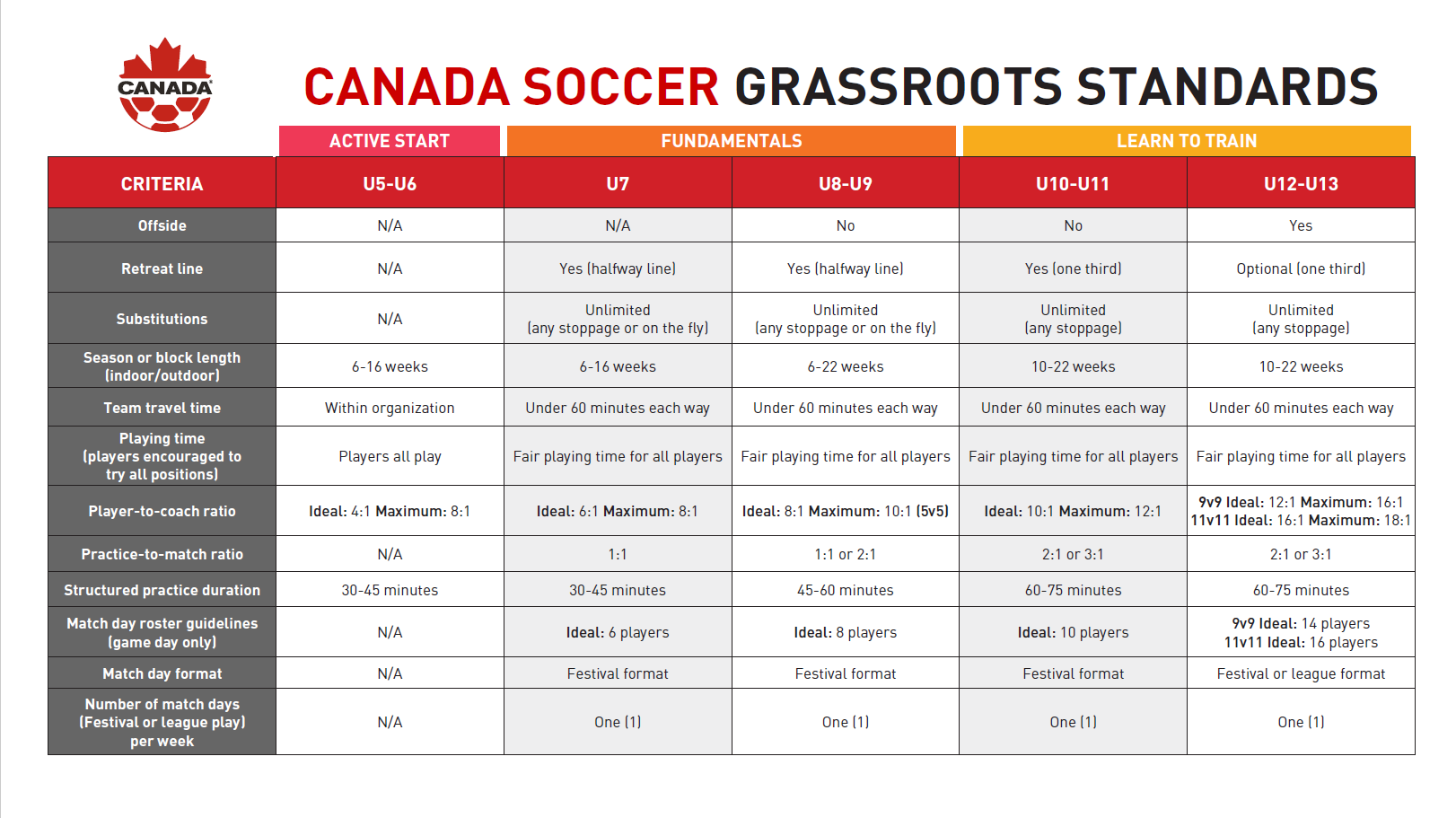