History of the Alberta Soccer Association 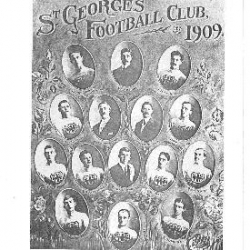 The playing of soccer in the region of Alberta dates back to as early as 1862 with references made by John McDougall of a game at Fort Edmonton Park. Soccer had only small roots in the province until 1883, when the first recorded soccer game occurred in Calgary between a team from the North-West Mounted Police and citizens of the town of Calgary.

The first reported club in the Alberta region was formed in Calgary in 1888, with additional clubs forming in 1889 in Edmonton and Lethbridge. The growth of clubs continued throughout the 1890s, including a south Edmonton club creating what is believed to be the first ever women’s team in 1895. Club football grew over the next 15 years as the region became a province (1905) and populations in the major centers began to grow.

The early years of the AFA focused on the development of men’s league soccer at an elite provincial level. It was not until the 1950s that a focus on youth football began and the Alberta Minor Soccer Association (AMSA) was formed. The AMSA distanced themselves from the Alberta Football Association initially because of the distinct focus on men’s soccer by the AFA. The growth of female soccer, both senior and youth, did not begin until the 1960s and was driven by the AMSA into the 1970s when discussions of amalgamation between the AFA and the AMSA began. The organization ran under the name of the AFA until 1974 when it was changed to the Alberta Soccer Association (ASA). In 1975, the AMSA amalgamated with the ASA to form a governing body for all soccer in the province and the organization as we know it today.