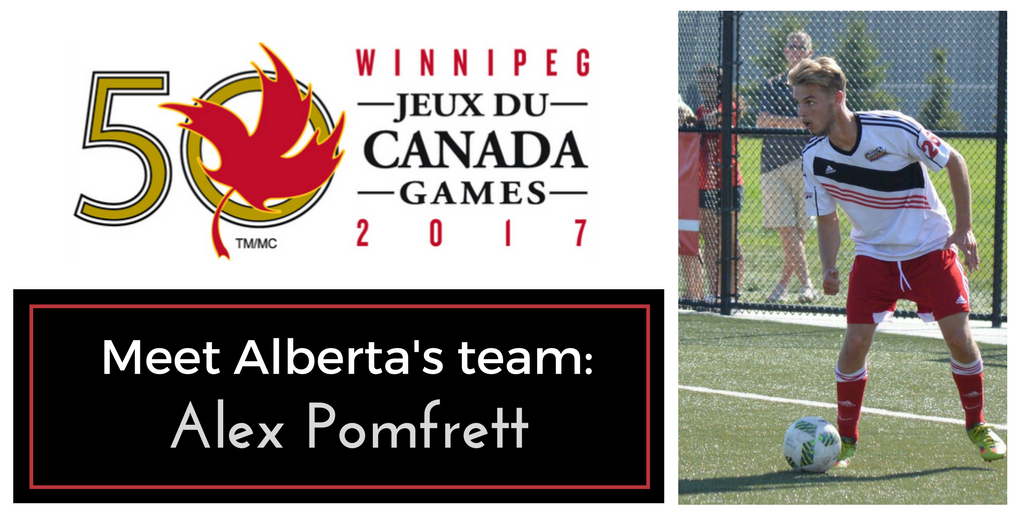 Recently, we’ve introduced you to a few of the players representing the Team Alberta girl’s soccer squad. Today, we’d like you to meet the captain of the boy’s team – Alex Pomfrett.

We asked Alex to answer a couple of questions about his experiences surrounding soccer, and his passion and appreciation for the sport was evident in his responses. There’s no doubt that this passion will translate on the field when motivating his teammates at the Canada Summer Games!

Having begun playing at just four years old, soccer became Alex’s passion early on. In his words, growing up with soccer as a key part of his life has shaped who he is as a person. Most importantly, Alex notes, is the relationships he’s developed throughout his journey, “soccer has given me the opportunity to gain those close friendships that will last a long time.”

Lucky for Alex, not only does he get to spend time doing something he loves with a group of people he cares about, but he’s enjoyed doing it while traveling across our country and to other parts of the world. It’s these life experiences that he’ll “never forget and [will] always be thankful for.”

Participating in sport isn’t just about the fun times and friendships made. Alex has also gained skills on the field that will continue to benefit him throughout the rest of life – like how to effectively communicate. Plus, he’s been signed by Mount Royal University and will play for the MRU Cougars soccer program while attending post-secondary school.

Lastly, Alex discussed how soccer has taught him the value of hard work: “If you keep trying and pushing yourself to become a better player, then some day you’ll succeed in the goals you have set.”

We’re glad you’ve pushed toward your goal of playing at the Canada Summer Games – we can’t wait to watch you succeed while you’re there!