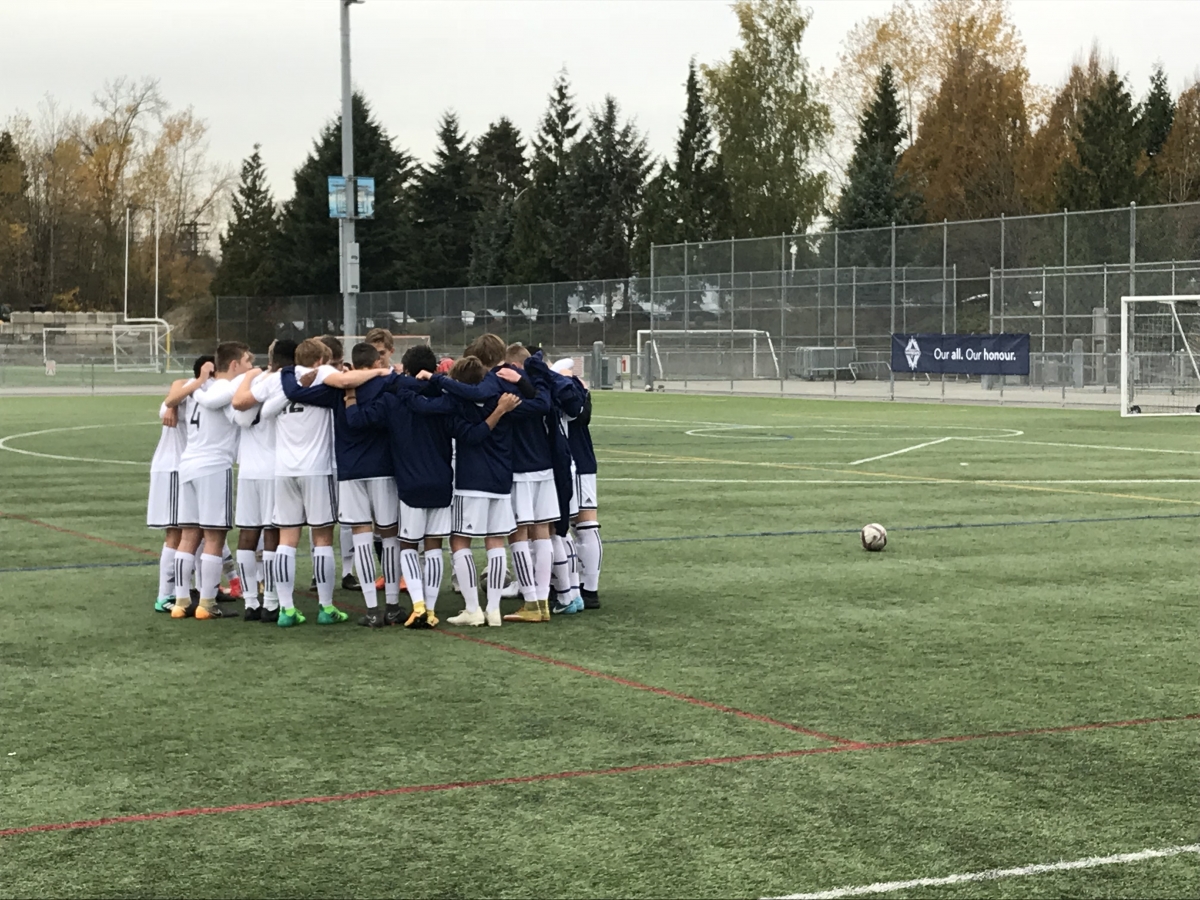 (November 20, 2018) The Whitecaps Alberta Academy Centre squad was welcomed back to the Province after a successful week at the Whitecaps HPP Combine in Vancouver.

“The players relished the experience in Vancouver and it was evident that they became more inspired and motivated to build on their talent as the week went on,” said Ewan Fisher, Whitecaps Alberta Academy Centre Head Coach. “It was pleasing to see the success we had during games, which is credited to the players who showed high levels of concentration each day in training.”

Day 1
The South Alberta Academy Centre landed in Vancouver for the 2018 HPP Combine alongside a showcase BC Soccer squad and two squads comprised of talented players from Provincial Academy Centres including Ontario, Prince Edward Island, Saskatchewan, Manitoba, Nova Scotia and Newfoundland. The boys arrived at the Whitecaps training facility for a training session lead by Under 19 Whitecaps FC Academy Coach, Ricky King.

The training session was ideal preparation for the week and the Boys went back to Fortius facility excited for what was to come next with a game against BC Soccer the next day. The day finished with a welcoming presentation and orientation. The boys enjoyed dinner and rest before early lights out after the long day of travelling and training.

Day 2
Following breakfast, the Boys gathered for a presentation lead by Whitecaps FC Technical Director, Craig Dalrymple. The focus of the insightful meeting was based around the player habits  that the club looks for in young, talented players.

After a pre-game meeting, the Boys stepped on to the field to play against BC Soccer. The team took their time finding their feet with a good BC soccer team pressing high and not giving the players too much time on the ball. The boys remained composed and eventually carved open BC Soccer with a quick team counter attack finished by Finn Marshall who weaved his way past 3 defenders before calmly placing the ball into the corner of the net.

The defense and goalkeepers also played their collective part in a fine team performance and remained calm under intense pressure at times.

Day 3
The boys enjoyed a presentation lead by Chris Franks on the Modern Day Habits of Professional Footballer. This was followed up with a video analysis meeting, where the team studied the previous day game and went over a few key areas to fine tune for the next game.

The boys came up against a strong Provincial Academy Centre showcase team – conceding two early goals in the first half. It was an important moment as they came to the realization that losing concentration for a couple of seconds can lead to trouble against clinical opposition.

However, the boys continued to implement their attacking style of play and came back with a couple of fantastic team goals, finished by Taiyo Okawa and Josh Flaksman. What impressed the coaches most was the vision shown by the midfielders to break lines with key passes and timely movement from the forwards.

The boys had 1 to 1 individual meetings following the match and a recovery session led by Saskatchewan Head Coach, Jonathan O’Neill. The boys also had great fun at the team bonding sessions led by Manitoba Technical Director, Matt Thomas.

Day 4
The boys prepared for their 3rd game against another Canada Academy Showcase team with a pre-game and video analysis meeting. They focused on the key tactics that they were looking to implement during the next game.

It turned out to be a very open game against the Canada Academy Team with the boys coming from behind again. The coaches were very pleased with the resilience shown by the players. The first goal came with Li Ramaholison displaying alertness inside the penalty box to finish quickly. Clement Guay finished off a fine team goal assisted by a great cross from Griffin Cress, and Aven Tecle was overjoyed to score two lobbed goals from outside the penalty box.

It proved to a be a good test for the boys and the coaches were delighted to see the flair again in the final 3rd of the field. For the most part, the boys defended well collectively.

In the evening, the Boys attended an interesting presentation led by Whitecaps FC College Transition Manager, Ryan Clark, who gave the boys advice and information on how to build a portfolio that could interest potential University and College Recruiters.

Day 5
On the final day, a select group of players from each of the 4 teams at the combine made up a squad to play in the “game of distinction” against the Vancouver Whitecaps Academy team. A healthy number of South Alberta boys made up this final squad for the game and competed very well.

The other members of the squad were treated to a training session led by U15 Whitecaps Academy Head Coach, Scott Howey, and impressed with their quality in and out of possession.

By late afternoon, it was time to fly back to Calgary after a hugely rewarding week for the players.

What’s next for the squad? “The coaches expect the boys to push on now and keep growing as people and players,” explained Fisher.