“Overall, it was an incredibly valuable week for the girls to grow as players and people. There was a healthy balance of enjoyment and professionalism all week from the girls as they experienced what a national team camp could look like,” explained Jordan Stewart, Alberta Soccer Regional Coach South. “Now back at home, the work continues as these girls continue to chase their dreams.”

Day 1 saw the North and South Alberta REX 2003 and 2004 born players depart from Edmonton and Calgary and touch down in Vancouver for the 2018 Vancouver Whitecaps HPP Combine. The format for the combine included a local Whitecaps staff coach joining each squad, helping to coach the teams throughout the week.

Alberta North REX had a match against the BC REX team which featured some great moments of play and a few very good individual performances. Some players from Newfoundland and Labrador, PEI, and northern BC joined up with the Alberta North REX team and looked to gel quite quickly. Alberta South REX had a training session which provided the change to acclimate and meet their new teammates adopted from Ottawa. The girls had a good training session and looked prepared to take on the BC REX the next day.

Both groups had pre-training/match meetings to help the players focus and set their goals for the week. The evening concluded with a presentation from Whitecaps staff, formally welcoming the players to the combine.

After breakfast on Day 2, each of the players went through a mobility activity lead by GE REX Staff Coach Maia Vink, followed by an informative presentation by Chris Franks on the Habits of the Modern Day Professional Soccer Player.

Game 2 for the Alberta North REX group was a competitive match against the BC HP. The girls showed an improvement in their ability to play out the back that allowed them to retain possession for longer periods in the match. The third goal was a beautiful team effort, finished off by a great strike from Grace Hannaford. The Alberta South REX had their first match against the GE REX. There were some good individual performances, however, they came up against a strong opponent that was on their game.

The girls had meetings on Day 3 to review the previous match film and prepare for their match of the day. The North girls played a strong Academy Centre Canada team. The match was competitive from the first minute to the last. The Alberta South REX girls played a squad assembled by the best players in the BCSPL. This team, run by BC Soccer, pressed the Alberta REX girls all match and provided excellent opposition. The girls were dominant and had a much improved performance from the day before.

The final two days of the Whitecaps 2018 HPP Girls Combine saw Alberta South REX participate in a training session/intersquad match led by Whitecaps Staff Coach, Mike Ayyash, as the players continued to work on principles of play. Alberta South REX ended the week with a match against a very talented Academy Centre Canada team. This group was made up of the top players from Nova Scotia, London, Saskatchewan, and other Academy Centres. It was a competitive match and a good test for the girls to end the week.

The Alberta North REX group finished their week with a training session led by Girls Elite REX Staff Coach Martin Herdman and a match against the Manitoba REX group. The girls were tested and forced to apply what they learned in the REX program and what they’d been taught over the week of meetings and video analysis. 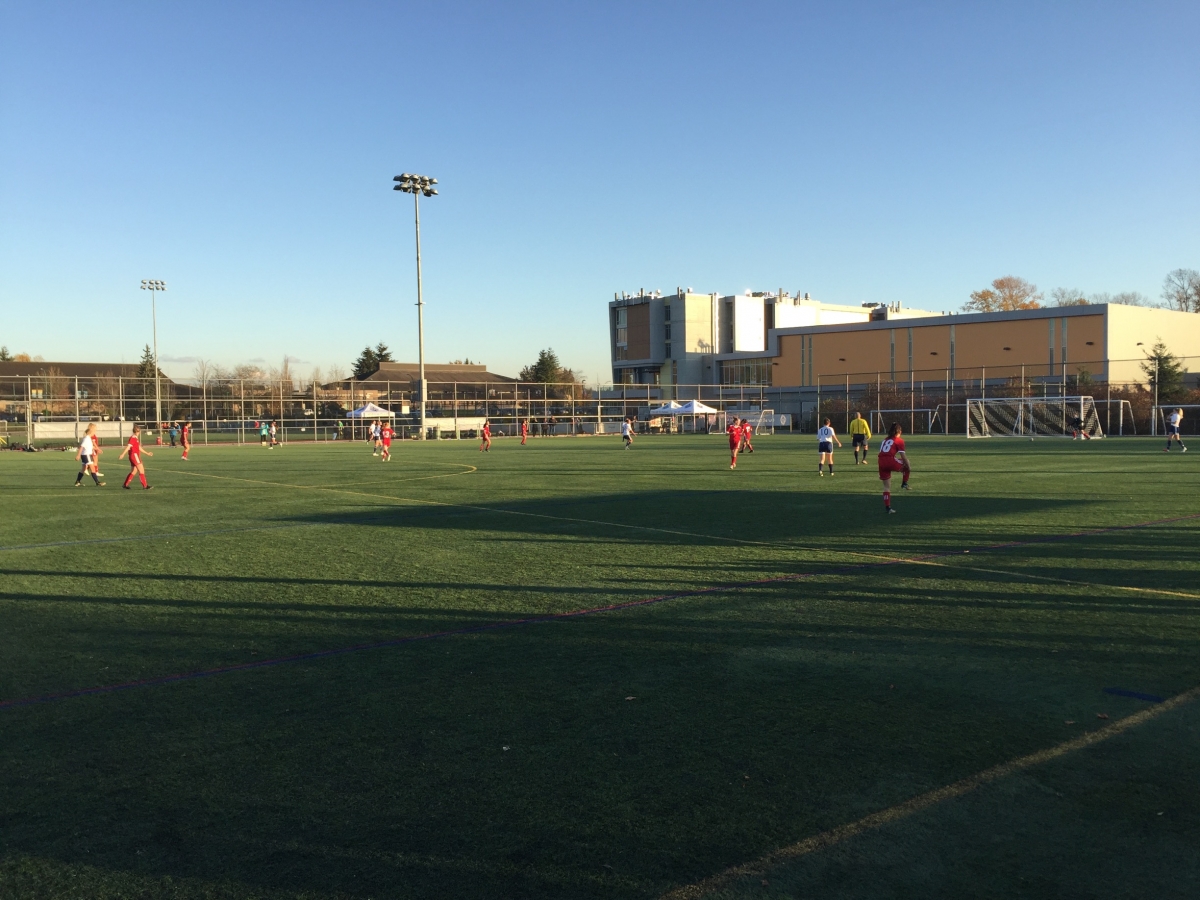