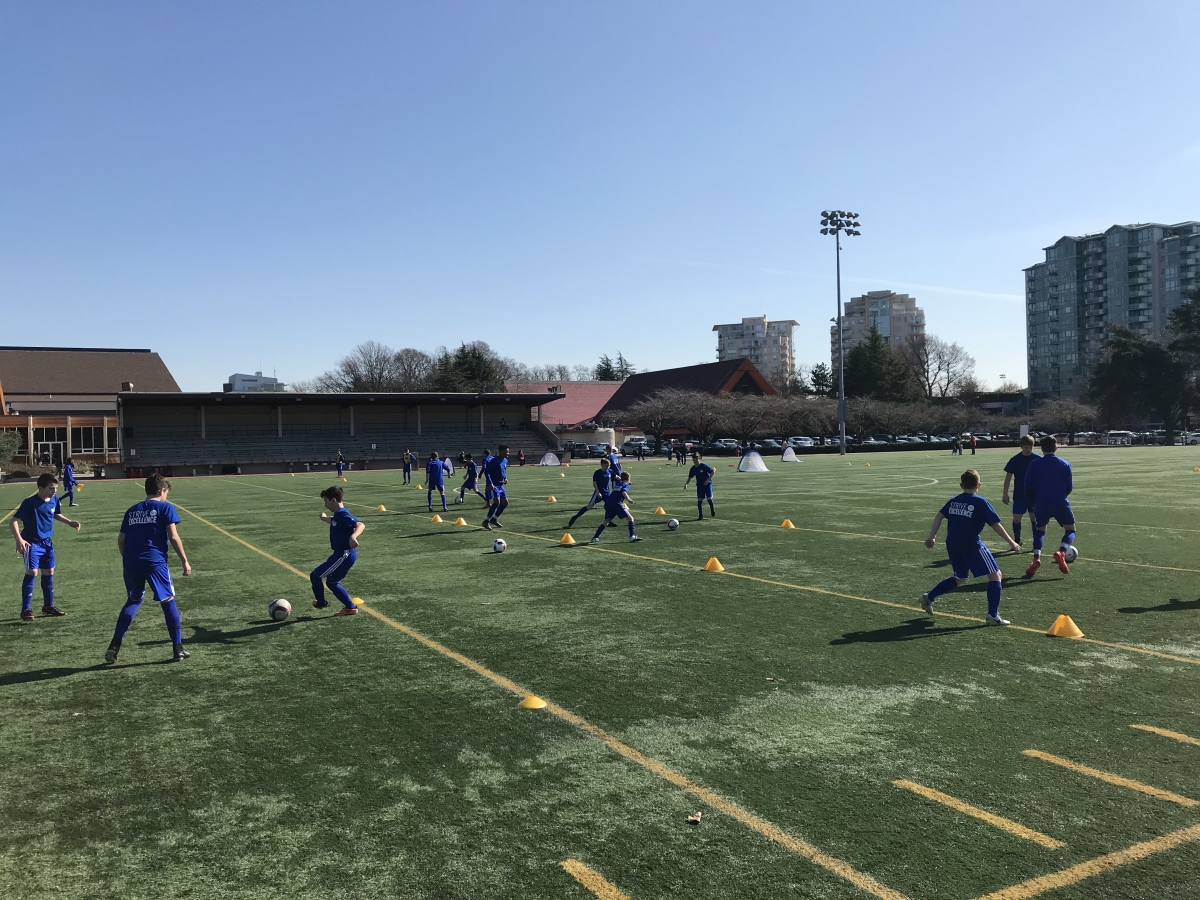 (March 15, 2018) 168 Provincial Team players, coaches and athletic therapists made the trip to Vancouver early Saturday morning to kick off what is expected to be a unique opportunity at the Vancouver Whitecaps Combine. The tone was set early as all teams had the opportunity to practice with Whitecaps FC Academy Coaching staff.

With players settled into their surroundings, Day 2 offered a chance for further interaction with Whitecaps FC Academy staff and for some teams, games against our provincial counterparts from Eastern Canada.

The Goalkeepers had an opportunity to hear from Whitecaps FC Goalkeeper Coach Mike Norris. The boys went through two different training sessions during the day in order to prepare for their upcoming match against Team Ontario. Whitecaps Staff coaches were on hand to observe the technical and tactical qualities of the boys at their sessions.

The boys started off their week with some excitement as they had the opportunity right off the bat to train with Whitecaps FC coaches with a focus on possession, field awareness and decision making. Their first match would see them face Team Nova Scotia on Monday.

Day 2 was a training day for this young team from Southern Alberta. Training was focused on effectively moving the ball across the field, set pieces and team shape. The girls had a chance at the end of the day to present on why they play the game, their expectations for the week and their approach to their first game which would take place Monday against Team BC.

The girls had to jump right into a match environment as they faced off against the PEI/Newfoundland U14 Girls. The result was a 1-0 win on a goal from Amelia Edmonds. The girls played the ball around well and demonstrated their supportive team culture as they committed to working for each other on the field. The players had an opportunity to understand how to improve their performance using match observations with a practice day on Monday.

Day 2 consisted of a game day for the boys against Team Nova Scotia. The boys were able to put six goals past their Eastern opponents and showed relentlessness in defense. Goal scorers included Felix Mutuyemungu and Michel Dieu-Merci with two apiece and Ali Yildiz as well as Joshua Ndakala each with one.

The girls had the opportunity to train with Whitecaps FC Coaches on Day 2 with a focus on possession, field awareness and decision making. Of note has been their conduct on and off the field which has shown incredible maturity. Their first match would come on Day 3 against Team BC.

The girls faced off against Team Nova Scotia on Sunday and with a solid team performance including defending well as a team and attacking as a unit, the girls were able to secure a 1-0 win off of an early goal from Jyla Erandio. Their training session on Monday would focus on link up play, movement off of the ball and defending pressure.