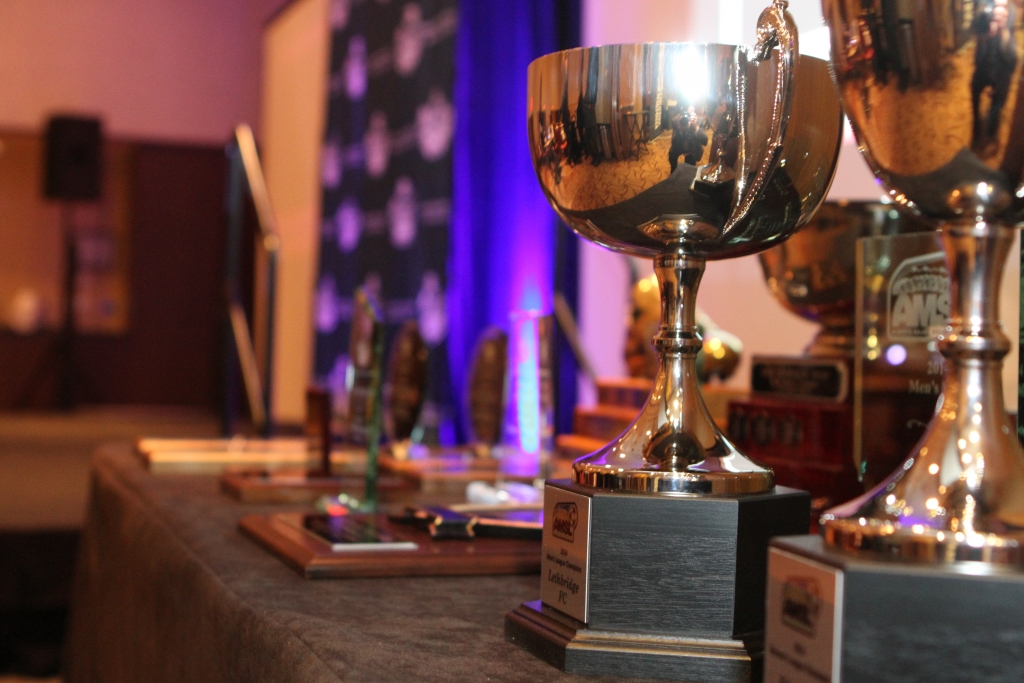 The Annual General Meeting gave members an opportunity to vote on issues related to governance, review progress on the Strategic Plan and vote in Board Members as well as Life Members. In this year’s elections, Alberta Soccer had a chance to elect a new President. Long time board member, Shaun Hammond of Edmonton will now serve as the Association’s President for the next two years. In addition to the President position, members voted in Danny Bowie (Sherwood Park) as a Rural Director, as well as David Onderwater (St. Albert) and Adam Berti (Calgary) as Directors at Large. Past Alberta Soccer Board Member Fred Kern was officially voted in as a Life Member of the Association. Members also had the opportunity to hear from Canada Soccer’s Director of Development, Jason deVos on plans related to grassroots and coach education.

On Saturday night, the Annual Awards Banquet took place in front of a crowd of 250 people. The night featured a keynote speech from Lorraine Lafreniere, CEO of the Coaching Association of Canada who touched on key topics like the importance of coaching and encouraging women and girls in sport. Awards honoured not only achievements from this past year but contributions that have been made by members over time.

More information on the Alberta Soccer Awards can be found here