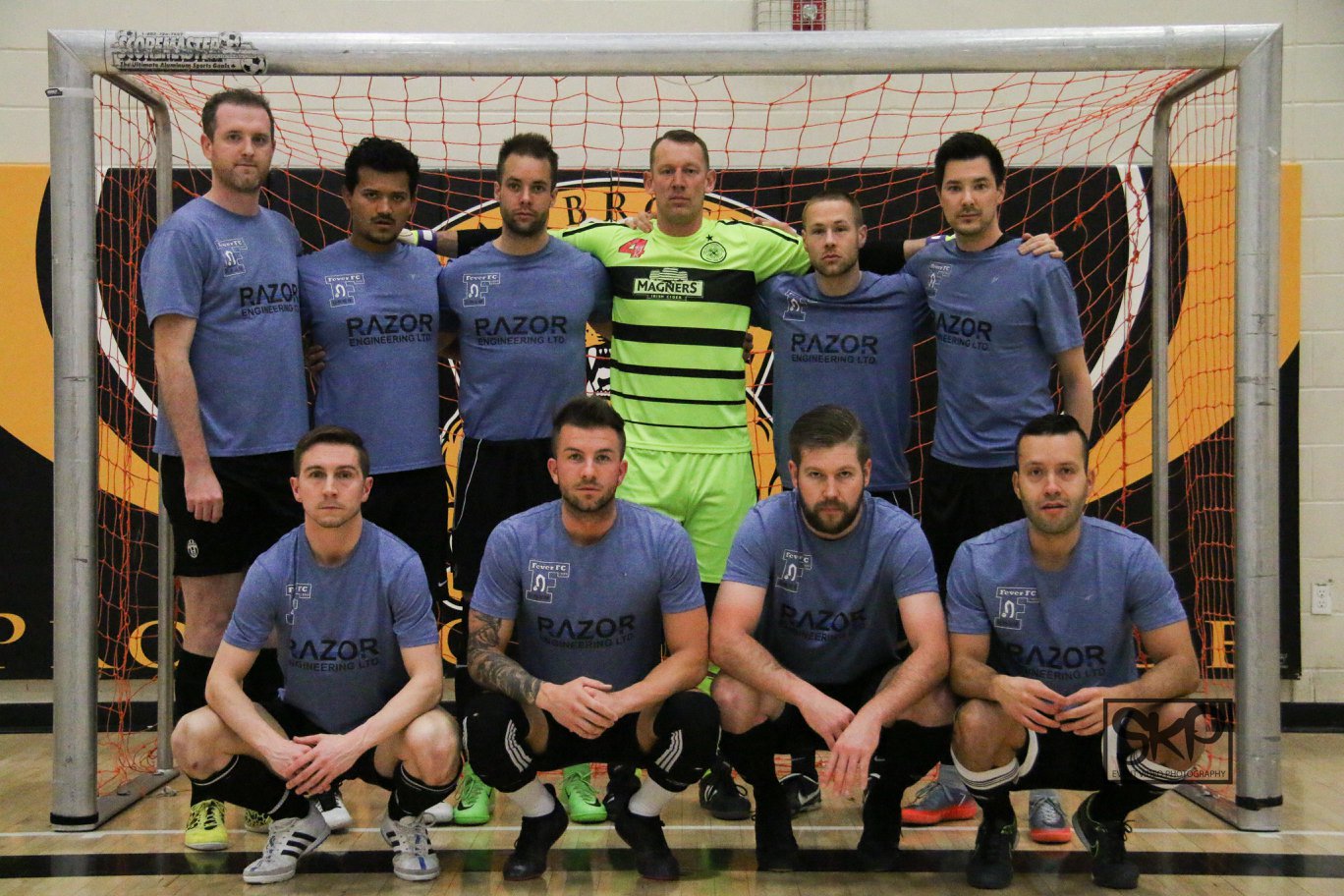 (April 18, 2018) The 2018 Futsal Canadian Championships which kick off tomorrow in Kingston, ON will mark the first time a team representing Alberta will compete. Progressive FC, the second place finisher in Calgary United Soccer’s Futsal Finals will take 10 players to the competition after the SAIT Trojans encountered conflicts in their schedules with educational requirements.

Futsal has grown throughout the province and Calgary United Soccer started to notice the growing interest particularly with Alberta Colleges Athletic Conference (ACAC) adopting FIFA’s only recognized version of indoor (small-sided) soccer. “Eight or nine years ago, we started to see some traction in the development of futsal in Calgary,” said Pearl Doupe, Executive Director of CUSA. “There was a desire to play non-boarded soccer from some of our members.” Copa Futsal became an Associate Member of Calgary United Soccer for the 2015-16 Indoor Season. In 2016-17, Futsal became a full member of CUSA with the goal to qualify teams to represent Alberta at the Canada Soccer Futsal National Championships. The interest in Calgary has attracted the attention of Kyriakos Selaidopoulos (Kyt), Canada Soccer’s Men’s National Futsal Team Head Coach) who has been facilitating coaching clinics with Calgary Minor Soccer. While in town for a clinic, Selaidopolous conducted a tryout and had 15 players attend. From that tryout, Dylan Tooby (of Progressive FC) and Nicolas Gonzalez were selected for the national team.

For Progressive FC, this is only their second season as a team participating in CUSA’s league. Despite only returning half of their squad from the first season due to their success in attracting interest from a larger number of players for their second season, Progressive FC was able to find chemistry and momentum quickly. They found themselves in the finals against SAIT, having not lost a game all season and winning a tough semi-final the night before. SAIT came into the final with a strong game plan and a quiet confidence which resulted in them defeating Progressive FC but conflicts for SAIT meant that Progressive FC was given the opportunity to go. “When I got the call from Pearl (CUSA), it was very surreal,” said Mike Zepeda, a player/coach for Progressive FC. “We are under no illusion that this tournament will be a cake walk. These are the best futsal teams in the country and we just want to go out there, give our best effort and be proud of our end product.”

CUSA and other local soccer organizations will be watching the tournament from afar with curiosity to see just how well an Alberta team stacks up against the rest of Canada, particularly with the more established programs from Ontario and Quebec. “I’m excited to see the futsal program continue to grow and develop as an alternative for indoor soccer in Calgary,” added Doupe.  For Zepeda, he believes the National Championships could be a motivator for younger futsal players. “Many youth teams in Calgary are no longer playing the traditional 5 v 5 boarded indoor game and have transitioned to futsal in the winter. A tournament like this can only motivate and inspire the younger generation to maybe one day represent their province.”

The team will face Quebec, Ontario and the Yukon from April 19-21 in group play on their quest for a medal with games being streamed live via Canada Soccer TV.

For a full schedule and results from the 2018 Futsal National Championships, please click here.