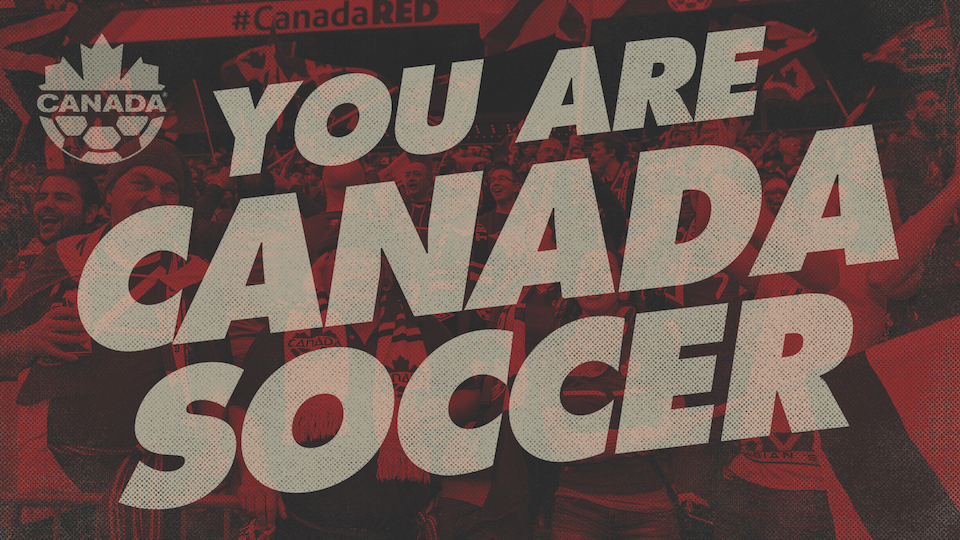 (March 12, 2018) As the Leading a Soccer Nation Strategic Plan 2014-2018 chapter nears its completion, Canada Soccer has launched an engagement campaign designed to solicit feedback from the Canadian soccer public. The You are Canada Soccer (www.canadasoccer.com/you) initiative builds on the previous engagement strategy with Canadian soccer stakeholders that ushered in an era of success across the country including hosting the historic FIFA Women’s World Cup Canada 2015™, back-to-back Olympic Bronze Medal winning performance by the Women’s National Team at Rio 2016, and investments in the technical infrastructure required to align the pathway for both the Men’s and Women’s National Teams.

“Canada Soccer’s Leading a Soccer Nation document has guided the decision-making process of not only Canada Soccer, but, through collaboration with its membership, the processes of all those involved in the game in Canada,” said Canada Soccer President Steven Reed. “We believe the past four years have provided Canada a solid footing in the international game to design a new strategic plan that places Canada in a unique position in the world.”

Once again Canada Soccer Vice President, and Strategic Development Committee Chair Nick Bontis, will lead the 2019- 2021 process as he did in developing the Leading a Soccer Nation 2014-2018 strategic plan. The plan will cover a three-year period to align Canada Soccer’s planning to the quadrennial cycle of the FIFA World Cup™.

“As we move into the next phase of strategic plan development, we again seek input from those on the front lines. The soccer families, the developing phenom, the administrators, volunteers, those who play because they love the game, those who volunteer so there can be a game,” Bontis said. “From the pitch to the stands and the boardroom to the classroom, the You are Canada Soccer campaign looks to all those with a stake in the game to make your voice heard through the 2019-21 Strategic Plan survey.”

Targeted for launch in January 2019, the new strategic plan will be developed with two of the most important initiatives from the Leading a Soccer Nation document on the horizon. Canada is a potential host of the 2026 FIFA World Cup™ as part of the United 2026 Bid with Mexico and the United States and the launch of a domestic professional soccer league, the Canadian Premier League, scheduled for April 2019.

“Canada Soccer has positioned itself for unprecedented growth which would not have been possible without the support and collaboration of our members, staff, and the passionate soccer public,” said Canada Soccer General Secretary Peter Montopoli. “With feedback from the Canadian soccer community, we hope to create the most ambitious and achievable plan to establish ourselves as a Leading Soccer Nation for decades to come.”