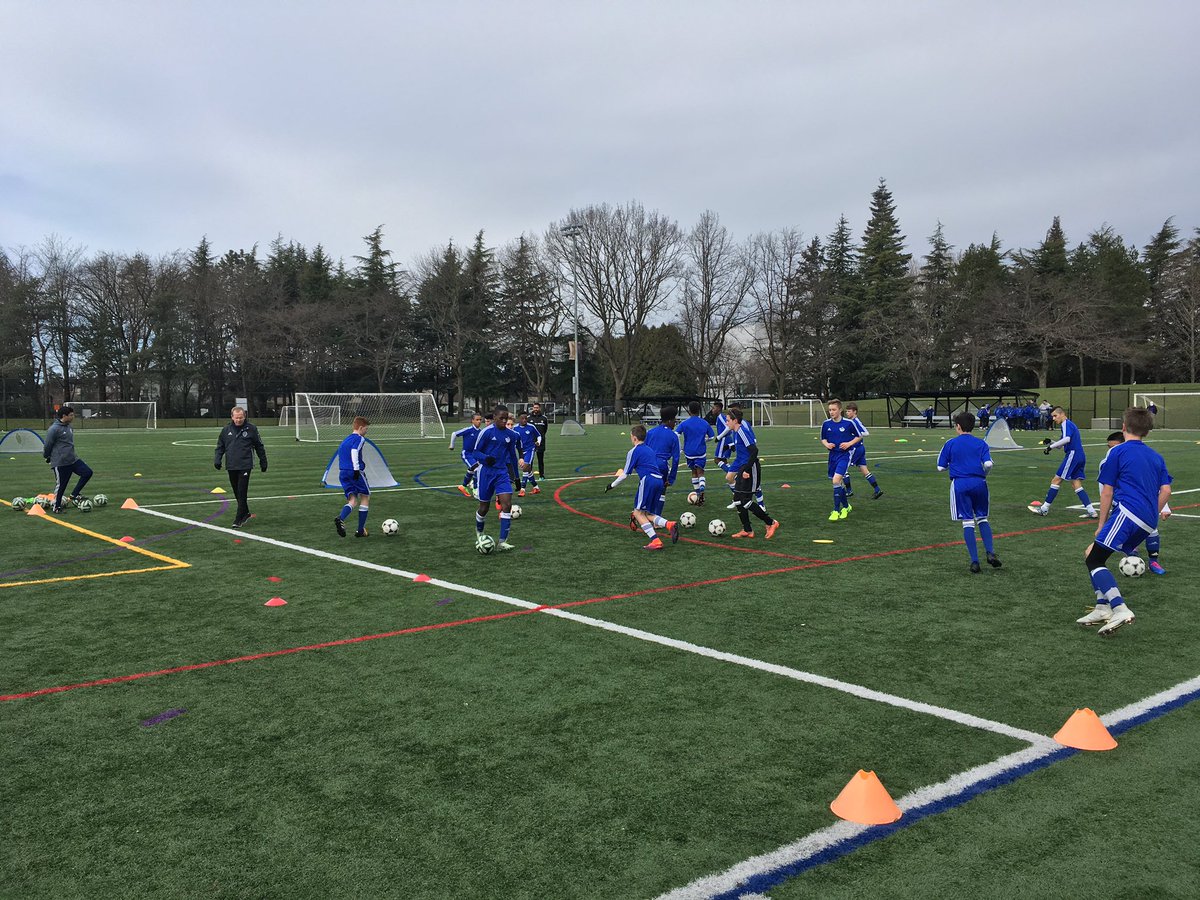 As the second day of the Vancouver Whitecaps Combine wrapped up, the coaches were optimistic about how the day went and looking forward to what Day 3 had to bring.

Below is a brief description on the highlights of Day 2 from each group:

The Alberta South U13 Girls put in a fantastic display of soccer against a large team from Nova Scotia. They were never out-hustled and moved the ball really well through all areas of the field. A special shout goes out to Anna Hauer, our youngest 05 player,  who picked up the ball late in the game and ran half the length of the field to out-strip the opposition and calmly place the ball into the net.

The Alberta North U13 Girls side lost a close match to BC 1-0. BC scored in the first half of a free kick and on an error by the Alberta Goalkeeper. The two teams had contrasting styles. BC played a possession game with good rhythm. Alberta defended well, was able to disrupt their rhythm and held BC to two shots on goal. Alberta failed to convert three good chances, one of which hit the crossbar and rebounded behind the goal line but was missed by the officials.

The Alberta South U14 Girls gave up three goals to fall behind 3-0 after a strong start. They regained their composure, were resilient, composed and determined as they allowed their quality play to help them make three unanswered goals of their own – bringing the score to 3-3. It was a competitive game against a solid Nova Scotia side for the girls.

The Alberta North U14 Girls lost its opening match against BC by a score of 3-1.  The game was not indicative of the score, as Alberta created several quality scoring chances. Unfortunately there was no residue of luck left over from St. Patrick’s visit last week to improve the score line.  Playing on a full sided pitch for the first time in 2017, Alberta showed some dysfunctional play to start, but became more organized and competitive as the game progressed.

The Alberta South U13 boys started off their combine with a bang – scoring 5 unanswered goals against Saskatchewan. Roberto Hurtado got the lads going, scoring 2 goals in the first 9 minutes. The second goal was quoted by Bart Choufour as the “goal of day” – a quick combination in the midfield and a beautiful cross from Erik Kim finished off by a Roberto header. Theo Afework, Skylar Rogers and James Rogers also got themselves on the score sheet completing a spectacular team performance.

The Alberta North U13 Boys have come away from their first two days of matches with a 1-0 loss to a skillful side from Saskatchewan, followed by a 3-2 victory over a solid PEI/Newfoundland squad. In both matches, the boys have have had outstanding second halves and will continue to focus on improving their starts in their upcoming matches.

The Alberta South U14 Boys were also on fine form today with a 4-0 win against Nova Scotia. Patrick Kondraciuk broke the deadlock after 8 minutes followed by a Joshua Flaksman volley from outside the box. Alberta South raised the tempo even further in the second half with Dale Reas-Do seeing a lot of the ball in the midfield. After a great effort from Connor Stabler stopped by only the post, Clement Guay added two in quick succession to finish of successful day for both groups.

The Alberta North U14 Boys got off to a strong start going up 1-0 against a solid BC side. In a competitively balanced match, the boys allowed quality possession, coordinated defending to help them leave the first half up 2-0. The second half was even tighter with only a few chances for each team with the BC U14 Boys taking advantage of an Alberta loss of possession to make the game 2-1 mid way through the second half. When the match ended, the Alberta boys came away with a 2-1 victory.