Skip to content
KidSport Alberta funds over 3,100 youth playing soccer in the province in 2016 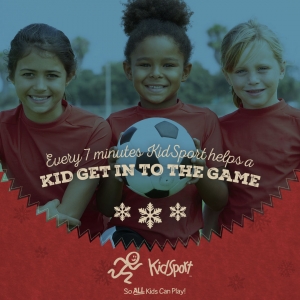 (November 29, 2016) For the third straight year, the Alberta Soccer Association has partnered with KidSport Alberta to help youth throughout the province stay active and healthy while playing the beautiful game. 2016 was undoubtedly a challenging year for many throughout Alberta given the economic climate, however, the determination of families to keep their children active and registered in sports like soccer was evident in both the demand of KidSport funding and the rise in soccer membership numbers.

“We are delighted to partner with the Alberta Soccer Association,” said Erin Bilawchuk, Executive Director of KidSport Alberta. “The demand for soccer is on the rise for families from all demographics but we have seen the increase with the families who are low income or those that are new to Canada. Last year, KidSport helped 3,135 kids participate in soccer, investing $639,968 into local soccer programs within Alberta. With a growth of close to 40% this year we expect that number to be closer to 4,000, which would result in an investment of $800,000.”

Canada also welcomed many more refugees this past year including large numbers who came to Alberta. “Refugee parents in particular were looking for an opportunity to get their kids involved in the community. One impact statement we received was from a dad, who in his limited English shared that his son didn’t know anyone and wasn’t making friends. Through KidSport, he joined a soccer team and because of his talent became an insider and part of the team,” added Bilawchuk.

On November 29, a day known as Giving Tuesday, Alberta Soccer will once again donate $10,000 to KidSport Alberta to support the organization’s efforts to keep youth playing the game. This donation is part of an annual commitment Alberta Soccer has made to KidSport Alberta since 2013. We are also pleased that many of our District Members have also made official commitments and donations to local KidSport chapters throughout Alberta over the years.

Looking for somewhere to donate your money on Giving Tuesday? This holiday season marks KidSport’s fifth annual Give the Gift of Sport Campaign. With your help, the goal this holiday season is to raise at least $75,000 to help even more kids get off the sidelines and into the game. Together, let’s Give the Gift of Sport, So ALL Kids Can Play! Please click here to donate