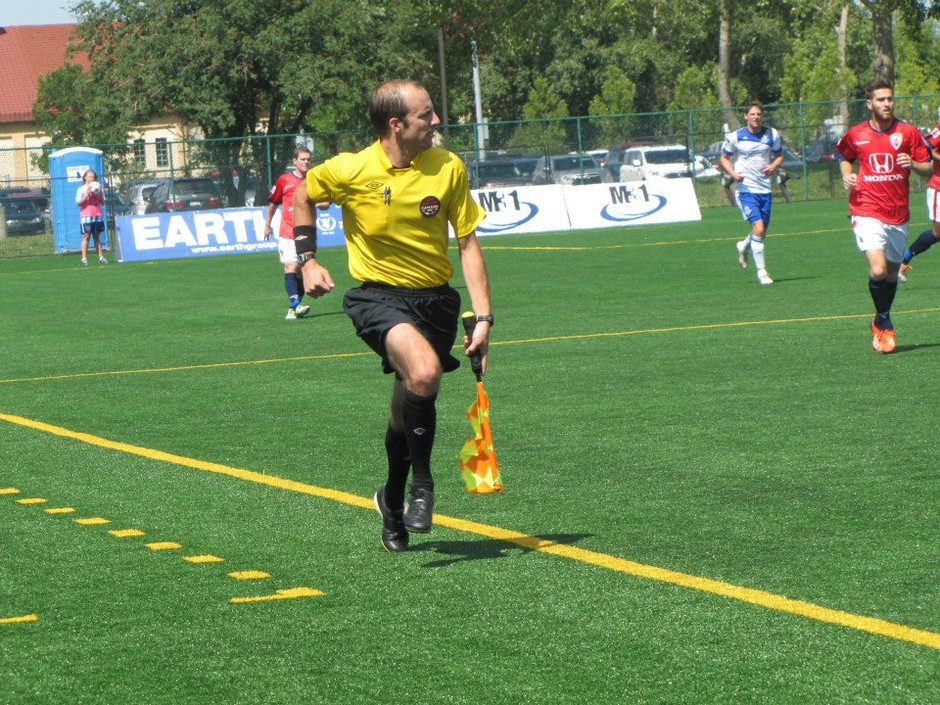 (May 28, 2018) Alberta Referees continue to be given opportunities to develop and showcase their skills through international appointments and participation in national courses.

Micheal Barwegen from Coaldale, AB, has been appointed to the Maurice Revello Tournament (previously the Toulon Tournament) in France, which runs from May 26th to June 9th. Also appointed from Canada –  Yusri Rudolf (ON), and Daniel Belleau (QC). This prestigious tournament showcases U23 national teams and will be a very good challenge for our referees.

Micheal’s first appointment was in a May 27 match between Scotland and Togo where he was assigned as an Assistant Referee alongside the two other Canadian officials. We wish Micheal the best of luck in the remainder of his appointments at this tournament.

Michael Mund from Calgary, AB, attended Canada Soccer’s Provincial upgrade clinic in Laval QC, May 25th – 27th. 21 candidates from coast to coast participated in the clinic, which was led by a team of National Instructors, including Layne Greenway from Calgary, AB. The Provincial Referee Upgrading Program is designed for Regional Referees who are seeking promotion to the Provincial List of Referees. This course is run annually by Canada Soccer.