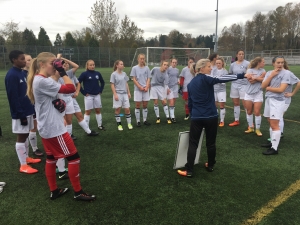 (November 15, 2017) Over the weekend, the FC Edmonton and Whitecaps REX Senior players enjoyed the opportunity to travel to Burnaby, BC for training camp. The focus of the trip was to provide exposure to the Super REX and Canada Soccer coaching staff as well as the opportunity to compete against the strong Super REX and BC High Performance teams. The BC camp was designed to replicate what the players may experience if invited to attend a National Team camp.

Day 1 kicked off with a match against BC Super REX. It took 45 minutes for the girls to get their legs under them, but once they did, they battled and competed well. After the game, the coaches surprised the girls with tickets to the exciting Canada v USA Women’s National Team match, courtesy of Canada Soccer. Needless to say, watching the Canadian Women play in an incredible atmosphere at BC Place was inspiring for the girls!

Day 2 saw the Alberta REX girls at Empire Fields, playing against BC Soccer’s High Performance Select team. The match started with plenty of energy from both sides. Alberta played a commanding and mature style, showing patience on the ball and demonstrating how quickly they’ve come together as a group. They continued to build up play and  their movement patterns were beginning to look much more fluid. It was a very even and competitive game from BC, ending in a 2-1 win for Alberta.

Day 3 began with an early morning training session led by the Vancouver Whitecaps Girls Elite REX staff coaches, Emma Humphries, Natalie Lawrence, and Chris Sergeant. It was an enjoyable session focusing on developing relationships between players and working on build out patterns of play. Each of the girls enjoyed the opportunity and demonstrated noticeable improvements by the end of the session.

During their downtime, a few girls decided to play a little volleyball and soccer tennis – getting a surprise appearance from former Alberta Soccer and current Vancouver Whitecaps/Canadian Men’s International, Alphonso Davies. Some of the girls also met Diana Matheson while staying at Fortius Sport and Health Lodge! 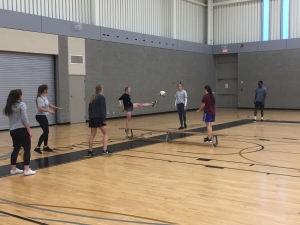 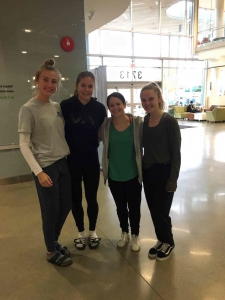 With an early morning kickoff, Day 4 began with a rematch against the Girls Elite REX. The Elite REX team played very well and exposed Alberta’s fatigue, it being their 3rd game in four days.

The 5th and final day of the Alberta Senior REX Vancouver Tour saw the girls take the scenic route to their final game against UBC as they made it down to the ocean and a quick stop off for a picture and sightseeing. Their game of the day was against a select group of the best 2001 born players in Vancouver. The first half was an even affair, with both teams feeling each other out and contesting every loose ball. It was a very competitive and scrappy first 45 minutes from both teams. The second half saw the Alberta REX girls become comfortable and patient on the ball in their buildup and showed tremendous maturity when attacking and defending. The second half was the best 45 minutes the girls put together all week and they ended up with a win to show for it.