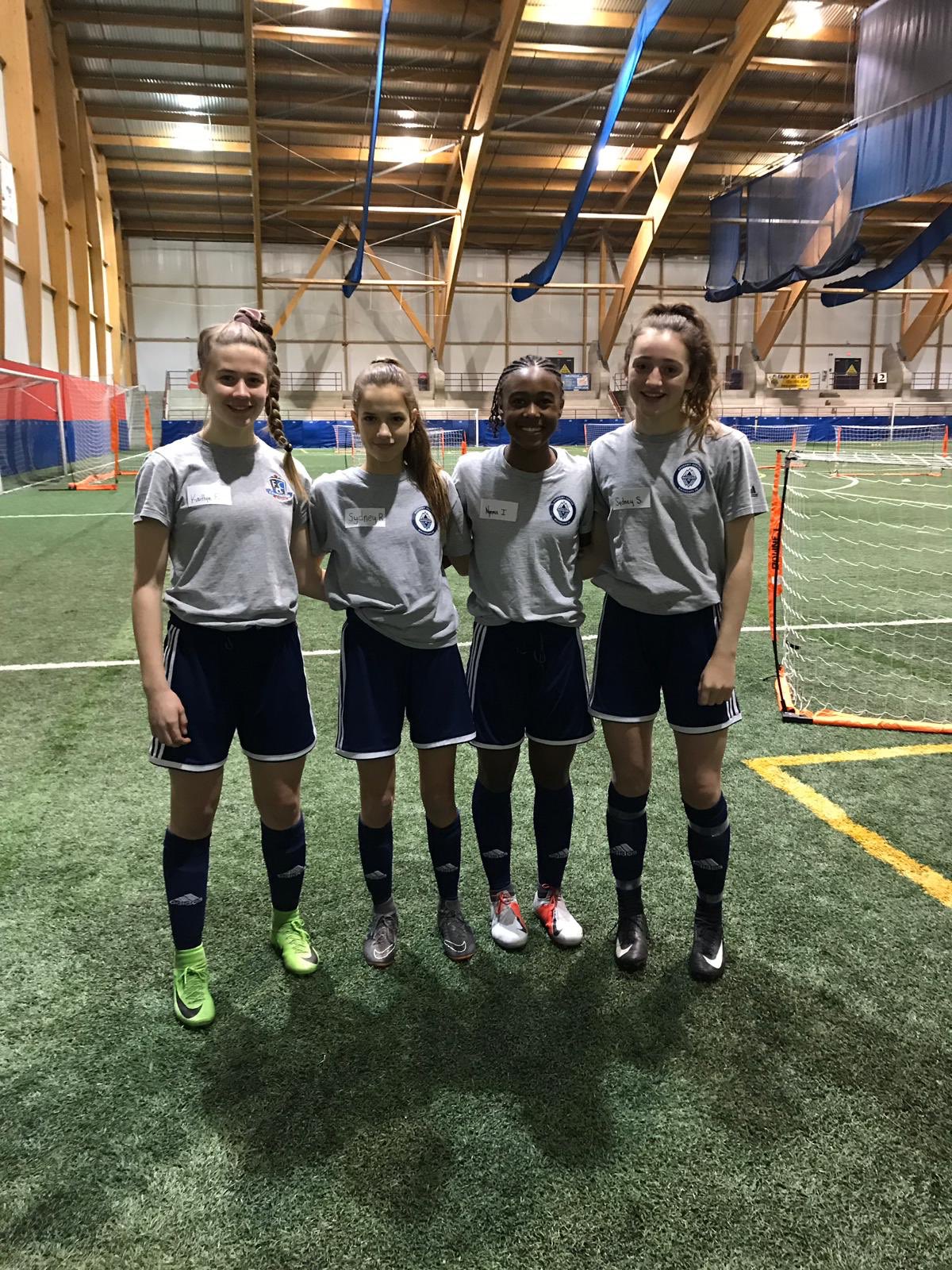 From February 3-8, the players were put through their paces, with Canada Soccer evaluating where they might fit in for the next U17 cycle. With a focus on their development and taking steps towards a U17 National Team call-up, the players participated in several field sessions and classroom presentations throughout the week.

“I thought it was a great experience and liked playing with very good players because it made the level of play really high,” said Sydney Slater, an Alberta REX player at the camp. “The high intensity didn’t drop the whole week and it was hard work, but I really enjoyed it. I saw what I’m up against and what I need to work on to reach another level in my play.”

The Coaches
As part of Alberta Soccer’s Women in Sport Leadership Coach Developer Initiative, Krystin Shapka traveled to the U17 ID Event. Shapka, who serves as Head Coach of the University of Alberta Junior Pandas and Alberta Soccer U14 Girls North teams, played a key role in executing all aspects of the camp. Joining Shapka was Jordan Stewart, Alberta Soccer South Region Coach and WFC REX Alberta Head Coach, who was also tasked with running large portions of the camp and organizing the sessions.

As part of Canada Soccer’s “Better Coaches – Better Players” development initiative, the two coaches were immersed in a U17 Camp atmosphere to help them better develop current and future generations of female players in Alberta. The trip offered up a fantastic experience – providing opportunities for professional and personal development.

“It was a tremendous opportunity for us as the coaches, as well as for the players, to showcase the excellent work we do on a daily basis in our REX centres,” said Stewart. “The opportunity for the players to test themselves against the best U17 females in REX centres across the country is unparalleled. It is exactly what the players and coaches need to continue developing and pushing the female game forward in our province.”

For more information about the REX program in Alberta, click here.