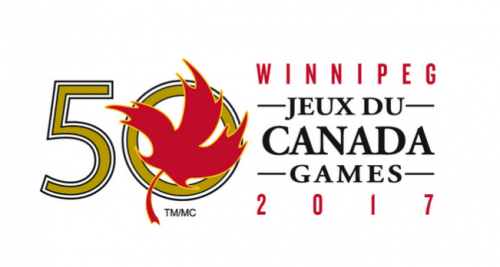 The 50th Anniversary of the Canada Summer Games took place in Winnipeg, Manitoba from Friday, July 28th until Sunday, August 13th. The 16-day event certainly lived up to its Golden Anniversary with a tremendous “Sporting Spectacle” that enthralled athletes, coaches and spectators alike.

The Team Alberta Women’s soccer team, coached by Sergio Teixeira, Colleen Webber, and Ramon Mifflin, participated in Week one of the games. The Albertans were in Group A alongside defending champions British Columbia and the hard working, disciplined, and well-organized Newfoundland squad. 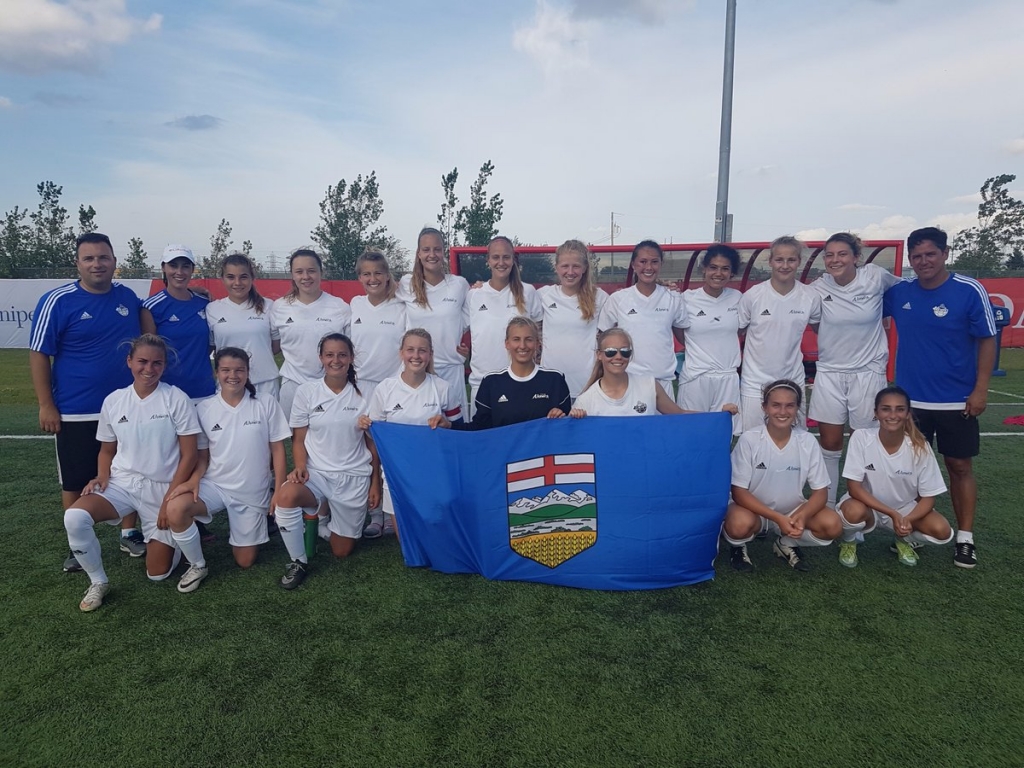 Alberta’s first game in the group stage was against a confident Newfoundland team buoyed by their performance against a strong BC team in the opening match of the tournament. The Newfoundlanders lost 1-0 on a goal conceded late in the game, but were in the match for the full 80 minutes. Newfoundland were certainly up for the task at hand against Alberta and scored first to take a 1-0 lead. Alberta responded to this setback and started to dominate possession creating several scoring opportunities, but a resolute back four and goalkeeper defended doggedly to keep Alberta at bay. A moment of brilliance from Tanya Boychuk resulted in a goal for the Albertans to tie the game late to earn a crucial point.

BC, as defending champions and fielding numerous U17 and U20 National team players, were Alberta’s next opponent in the final group game. Alberta, under pressure to produce a result in the match, dominated from the opening whistle until the final whistle. They dismantled a very strong BC team quite easily, running away worthy winners 3-0, with Boychuk, Caleigh Boeckx and Megan Duro netting for the Albertans and Nikki Panas earning the shutout in goal. With the win, Alberta won the group with 4 points.

Courtesy of winning the group, Alberta met the hometown favourite, Team Manitoba, in a quarter-final tilt. Alberta continued with their dominating play to record a 2-0 victory, with goals for Boychuk and Lauren Dluzewski. Nicole Panas again registering the shutout.

Next up for the girls was a semi-final match-up against a very strong Ontario team. Team Ontario, which again featured a myriad of U17 and U20 National team players, were very disciplined and organized. A back and forth contest between two evenly matched teams saw Alberta on the wrong end of a 1-0 result.

Team Alberta with a combined record of two wins, two losses, one tie with 6 goals for and 3 goals against ending up with a 4th place finish. The players should all hold their heads high as they proved that they can compete with and succeed against any team in the country.

Head Coach, Sergio Teixeira, couldn’t have been more proud of his squad:

“Each of the players had a fantastic attitude the whole way through, their character was truly top-notch,” he said. “Some of the girls had even postponed training with their post-secondary teams to be at the Games – it was that important for them to represent their province. I wish each of the girls the best of luck in the next phase of life, regardless of what’s next on their journey.”

Congratulations to Nicole Panas and Tanya Boychuk who were Tournament All-star selections. 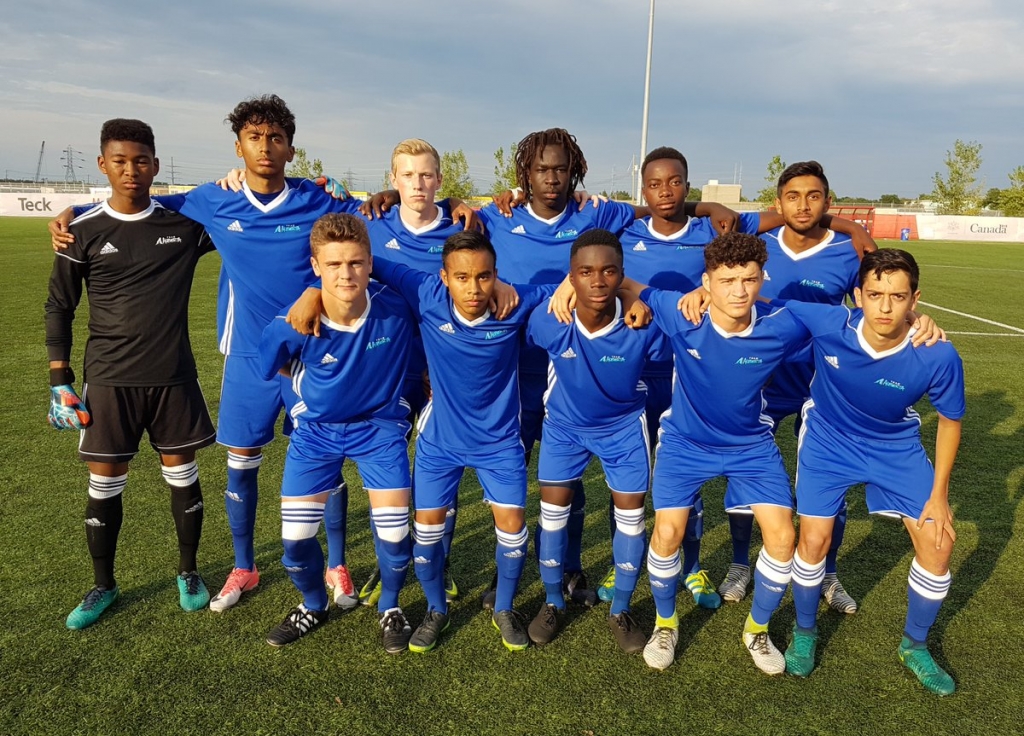 In the opening match of the group, Ontario succeeded in gaining the 3 points courtesy of a 3-1 win against a disciplined PEI team. The following day, live on TSN Sports, PEI were again well-organized in defence and held Alberta until the final minutes of the game when Sam Gagne was able to break the deadlock from a well-executed corner. Much credit should be given to PEI as they had a game plan that was well executed and they managed to frustrate both Ontario and Alberta. In a much-anticipated final Group A match between two very good teams, a single goal in the dying minutes of the game resulted in a 1-0 win for Ontario over Alberta. The match was a see-saw affair with both teams playing attractive football but failing to capitalize on goal scoring opportunities. Since winning both matches, Ontario won the group with 6 points and Alberta claimed second spot with 3 points.

The medal round saw Team Alberta match up against a British Columbia team that were silver medalists at the Sherbrooke, QC games in 2013. BC, who have won a total of five Canada Games Gold medals in Men’s Soccer, were obviously a heavy favourite going in to the contest. The match, very evenly played, resulted in a 0-0 deadlock and the dreaded penalty shoot-out came into effect. Alberta managed to prevail and moved on to the semi-final. Brennan Hebert was stellar in goal – stopping 3 BC attempts in the shootout.

In the semi-final match up, Team Alberta faced a Manitoba team that was supported by a crowd of over 2,000 people. The boisterous fans were urging Manitoba forward every time they gained possession – resulting in Manitoba playing “Route 1” football in contrast to the possession based attack the Albertan’s relied upon in their game plan. The result was a very entertaining game of two contrasting styles. Alberta out-possessed the Manitobans and created more clear cut chances, but the swashbuckling style of the hometown favourites created some scary moments for the resolute Albertan back four. In the end, a goal scored in the 24th minute of the first half by the ever dangerous and dynamic Abraham Dukuly was the game winner, sending Alberta through to the final.

In the final, Group A foes Ontario and Alberta faced off to determine the Canada Summer Games Men’s Soccer Champion. Alberta started off the more brightly of the two and created numerous scoring opportunities in the first half. The woodwork came to the rescue of Ontario after a great save from a shot by Stefan Gagic and glorious chances for Alberta players were not capitalized upon. In the last minute of play, Ontario exploited a direct free-kick from just outside the box to win the game 1-0. Silver medalists Alberta were a credit to the game and the standard of play was tremendous for both teams.

Congratulations to Brennan Hebert, Sam Gagne, Oscar Miranda, and Abraham Dukuly, who were all selected to the Tournament All-star team.

Throughout the Games, the teams enjoyed the support of their families and friends. Team Alberta had a solid group of spectators cheering them on from the stands. One parent, Vlodko Boychuk, had this to say of his time in Winnipeg:

“This was a fantastic experience not just for our female soccer players, but also for their parents who came from different parts of the province to support Team Alberta.  Over the course of the Games, we really jelled as a Fan Group who was proudly cheering for Team Alberta.  We hope that our loud support from the stands has also contributed to our teams’ overall success on the soccer pitch.”

Alberta Soccer is grateful for the encouragement from each of the spectators who supported the players – thank you!

For many of the players, the 2017 Canada Summer Games marked the end of the youth soccer career, while kick-starting the next phase of their lives. Several of the players left the competition and headed directly to their post-secondary schools across Canada and the United States. Alberta Soccer wishes each player all the best as their journeys continue down a new path! Congratulations on your time at the Games and thank you for representing our province. You each have much to be proud of!