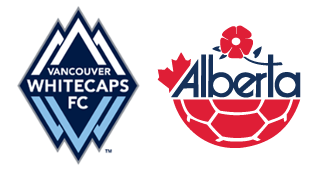 (March 30, 2017) Last week proved to be a fantastic experience for several Alberta players, with the Alberta Provincial teams participating in the Vancouver Whitecaps FC U13-U14 Combine in Richmond, BC. In addition to offering up quality competition and developmental opportunities for the players, the combine provided the boys and girls a glimpse into what training is like for players in a professional environment.

Throughout the week, instructors and coaches from the Vancouver Whitecaps FC Academy educated and evaluated the Alberta players – all in alignment with the LTPD Stage – Training to Train. And as the week wrapped up, the Alberta coaches were proud to note the growth of the teams over just a few days. Here are the highlights from the last day at the combine: