Skip to content
April Soccer Parent of the Month 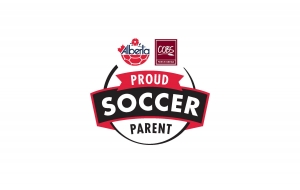 This month’s Soccer Parent of the Month winner is Mike Levesque – congratulations!

Brought to you by COBS Bread and Alberta Soccer, the Soccer Parent of the Month contest is an opportunity to award a dedicated parent with some much-deserved gratitude and recognition (not to mention a fantastic prize pack) for supporting their kids on the field.

About the April winner: 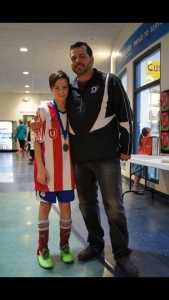 Mike deserves this recognition because of his commitment and dedication to soccer, to his own children, and to the many players he has coached. Mike has coached 2 indoor soccer teams each year for the past 7 years (as either head coach and assistant coach).  When he started coaching, he was nervous since he’d never played the game, but the only other option was for the team to fold because no one else stood up to be the coach.

Mike has now taken all the coaching courses and spends countless hours preparing in advance for practices and games.  On average, he has impacted over 200 children.  Mike is known as a very patient but competitive coach.  He pushes all the players to put in their best effort, and to be humble whether they win or lose.  Mike believes that every child has an important role to play on the team, and he is excellent at finding their best spot.  His teams have been successful in Provincials, but more than that, he has encouraged his players to do their best, improve from year to year and to be good sportsmen/women.

Mike works tirelessly to balance work and sports.  He has four children currently involved in a variety of sports and extra curricular activities.  Mike has never wavered in his love of coaching soccer and being with the players on the field and on the bench.

Congratulations on behalf of COBS Bread and Alberta Soccer!