Skip to content
Soccer Parent of the Month by COBS Bread 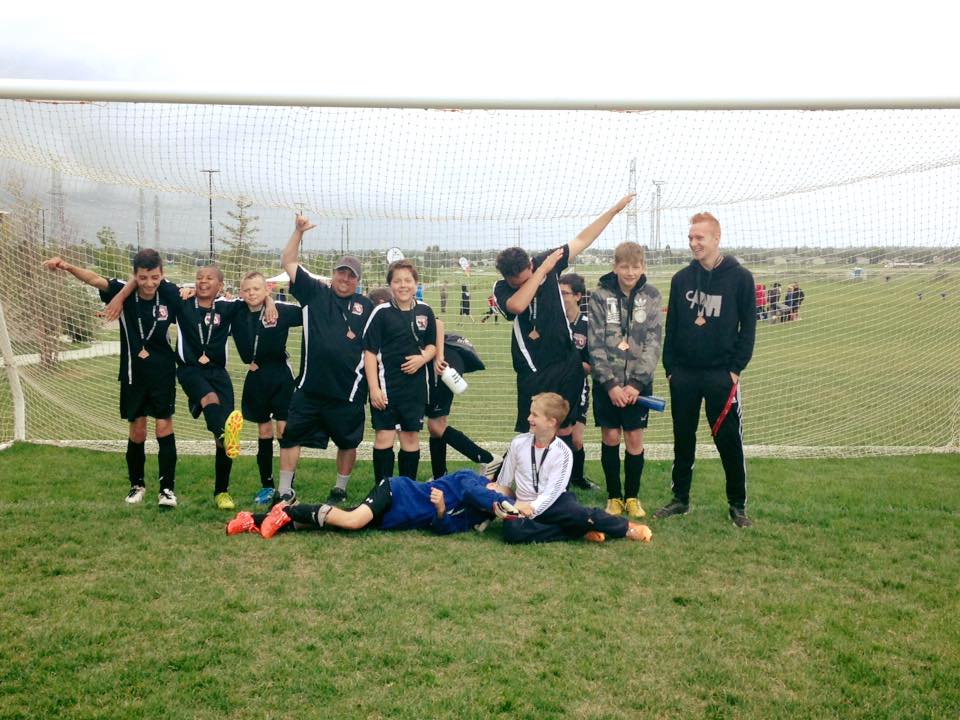 (October 6, 2017) The Soccer Parent of the Month winner for September is Les Barker – congratulations!

Brought to you by COBS Bread and Alberta Soccer, the Soccer Parent of the Month contest is an opportunity to award a dedicated parent with some much-deserved gratitude and recognition (not to mention a great prize pack) for supporting their kids on the field.

Here’s a little bit about Les and his impact on the soccer community:

Les not only coaches his son at the U14 level and coached his daughter in U8, but he has been involved with soccer for over 10 years. He started out with Calgary Minor Soccer coaching his oldest son who is now 20, and then moved to Edmonton where he was a soccer director with EMSA NORTH and now sits on the executive board with EMSA NORTH. He is also the Vice President of the Hairsine Community League.

Les organizes summer soccer camps for all ages every summer and you can find him outside when not coaching, practicing and playing with his children out on the soccer field. His commitment to family and to the community is amazing, the number of hours he puts in monthly by organizing equipment,  running soccer clinics, taking on new coaches and working with them, driving other children on his soccer team to the games when parents can’t make it. He is not only a parent to his own kids but to the many other children that look up to him for guidance. He is always encouraging his children as well as the other children out on the soccer field.

Thank you, Les, for your commitment and dedication to soccer in Alberta!